National Braille Day is a holiday on January 4th that celebrates the system of raised dots for reading and writing that was invented by Louis Braille in the early 19th century. Braille is used by people who are blind or have low vision to read and write, and it has revolutionized the way that blind people access information and communicate. National Braille Day is typically celebrated in January, which is Louis Braille’s birthday. 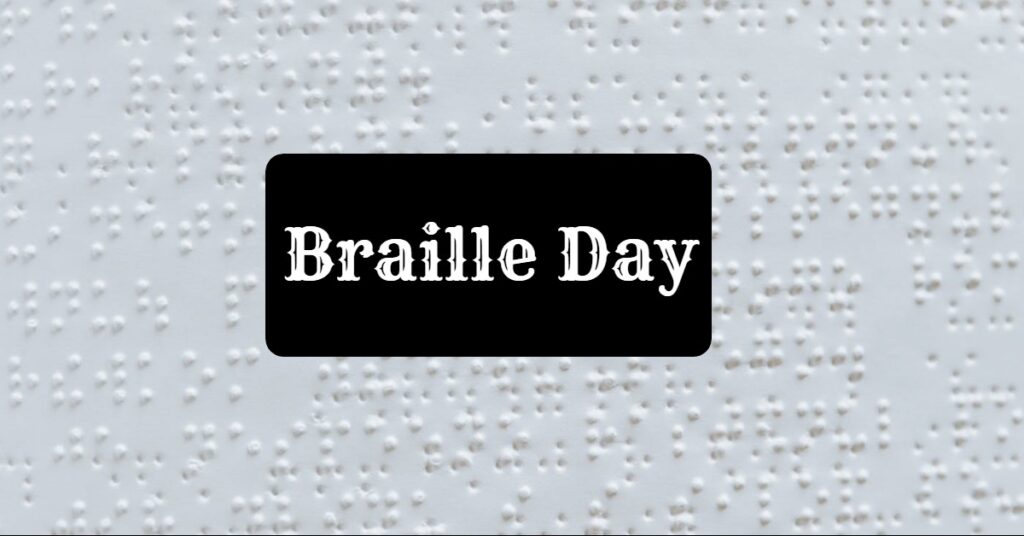 Louis Braille was born in 1809 in Coupvray, France. He became blind at the age of three after an accident in his father’s workshop, and he was sent to the National Institute for Blind Children in Paris to be educated. While there, he developed a keen interest in reading and writing, and he became frustrated with the existing methods for reading and writing for the blind, which were cumbersome and difficult to use.

In 1824, Braille developed the system of raised dots that bears his name. His system used a combination of six dots arranged in a grid pattern to represent different letters, numbers, and punctuation marks. The dots could be read by touch, and they allowed blind people to read and write with speed and accuracy. Braille’s system was initially met with resistance, but it eventually gained widespread acceptance and is now used by blind people around the world.

National Braille Day is a great opportunity to celebrate the impact that Louis Braille has had on the lives of blind people and to recognize the importance of accessible information for all. It is a time to appreciate the many contributions of blind people to society and to advocate for the rights and needs of people with disabilities.